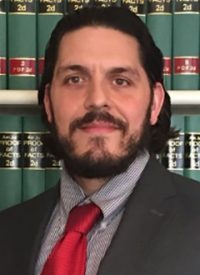 Albert K. Marmero is one of the original founding partners of Long Marmero and has since been named sole Owner of Marmero Law. Al has been the head of the Land Use and Real Estate Department which has successfully advocated before numerous New Jersey municipal and county planning and/or zoning boards.

Al serves various roles to municipalities including, but not limited to, Solicitor; Conflict Solicitor; Redevelopment Solicitor; Special Projects Counsel; General Special Counsel; In Rem Foreclosure Solicitor; and Condemnation Counsel. Al also represents Educational Institutions as well as major homebuilders, retailers, industrial companies and other commercial entities as well as “small” developers. In doing so, Al has brought success to his clients as well as municipalities to achieve approvals for major and minor subdivisions, town centers, industrial parks, and retail shopping centers. Al’s vast experience and understanding of New Jersey Municipal Land Use Law has given his clients confidence and the ability to propose such projects as the Redevelopment of the Pennsauken Mart and the Nike base in Gloucester Township and Town Centers in Egg Harbor City, Washington, Woolwich, Buena Vista, Upper Deerfield, and Harrison Townships. Al is one of very few that has a complete understanding and grasp of redevelopment law in New Jersey and is the author of many redevelopment agreements and plans approved by clients and municipalities in Southern New Jersey. He also has experience handling Land Use Litigation and was successful in resolving complex development issues in towns such as, Deptford, Pennsauken, Burlington City, Upper Deerfield, Lumberton, Mantua, and others. Many of the projects Al steered through the land-use process have included such integral concepts as Pine Barrens issues, COAH, environmental and wildlife issues.